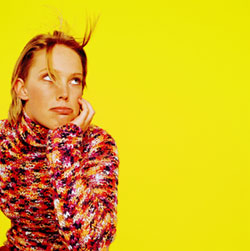 Of all the obstacles and challenges that stand in your way of working at home, the biggest one is you. Sure a lack of time, money or knowledge can slow you down, but ultimately your success will depend on whether or not you can get out of your own way. What do I mean by that? There are many ways that people can be the source of challenge in reaching a goal.

Excuses: Making excuses – no time, no money, no support, bad economy, bad weather – might make you feel like you’re off the hook, but they only serve to keep you from your goal. Certainly there are circumstances that will make reaching your goal harder or take longer, but they aren’t dead ends, they’re just road blocks. Instead of making excuses you need to work around them.

Lack of belief: I was in contact with someone yesterday who told me that she wanted to work at home, but a relative was pushing her to get a traditional job because “people don’t really work at home”. Huh? I do. Tons of people do. A while ago we were harder to find, but now we’re everywhere. We’re chatting with you on Facebook, taking up tables at the local coffee cafe and marketing to you. Believe it, millions of people work at home. The next step is to believe you can work at home. That you’ll need to do on your own. But some tips to build belief are to become knowledgeable about working at home, read books that inspire you, and most of all take action. Do something. In the writing world, you don’t have to be published or paid to call your self a writer. If you write you’re a writer. Working at home can be the same. If you’re taking action to build an income from your home office, you’re working at home!

Worrying about what others think: When I first started working at home in a business, I didn’t tell anyone I knew. I was afraid they’d give me a pitied or worried look. They’d tell me “work at home isn’t real or only scams”. What’s interesting is that many of these same people complained about their jobs and wished they had more time for family and personal pursuits. Why would I listen to people who weren’t living their ideal lives? Instead, through reading and networking, I found people who loved their work and their lives and started doing what they did. And I didn’t worry about what they thought because they were supportive. Don’t listen to nay-sayers who don’t know what they’re talking about. They might be trying to protect you or worse, hold you back. Thank them for sharing and then pursue your dream. I’m sure people thought the Wright Brothers were nuts too.

Having unrealistic expectations – We live in a world of instant gratification, but unfortunately, working at home takes time. You have to start with faith and an ability to keep working even when the results don’t come quickly. At the same time, you need to consider that the level of your effort determines the speed at which you succeed. The more you do, the faster results will come.

Quitting instead of evaluating – If you study successful people, you’ll find two things. One is that they never quit, at least not permanently. And two, when they had a failure or set-back they evaluated what wasn’t working so they could fix it. Doing the same things and expecting different results is not only insane, it’s ineffective. Always track and monitor your efforts to ensure you’re getting the best results. Dump what doesn’t work and focus on what does.

How Working From Home Can Help Your Future, And The Earth’s!