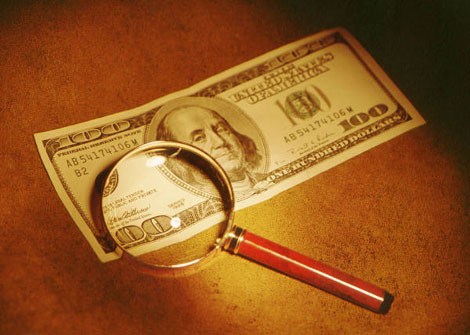 I frequently get email asking my advice on various money-making schemes. While not all the programs are scams, many use deception and others, despite the hype, are not what they purport to be.  For example, all the “rebate processing” jobs you used to see were deceptive. They suggested major companies were hiring people to “process rebates” when in fact the money came from affiliate marketing. Affiliate marketing is a viable way to make money, but it’s not rebate processing nor a job.

Another example comes from an email I received asking me about an e-commerce program that was advertised on the radio. According to the ad, people could get information and free CD by calling. But when you call, the company wants your credit card information. That doesn’t sound free to me.

In doing a little research, I found many complaints against this program. It uses the “free” offer to get people to enroll in a program. While trial offers are not new or a scam necessarily, the problem with this program is that it’s not clear if people realize what they’re signing up for and it’s difficult to cancel. In this particular program, when someone orders the free CD and pays for a trial period they are enrolled in the program. If it’s not cancelled within 30 days, the credit card is billed 5 installments of $70. Further, when people call customer service, either the help is bad or they are pressured to buy a bigger package. There are several complaints regarding rude customer service representatives or being on hold for long periods of time.

Regardless of whether not it’s a scam or offering a legitimate work-at-home option, any company that makes it hard to get your money back or is rude to you, doesn’t deserve your time. Clearly, programs like this are all about making a quick buck and not about providing customers with a quality service.

1) Always research before committing to anything. Pay attention to the complaints. If they are about not getting money back, being tricked into paying more or rude or non-existent support, stay away.

2) Never give out credit card information unless you’re buying something. A free CD shouldn’t cost anything. If it’s offering a low-cost trial, get all the details up front and in writing including future billings, time frame for canceling and instructions on how to cancel.

3) Before giving credit card information ask what, if anything else, will be charged. In the example above, it appears that people aren’t told that by getting the CD they are being enrolled in a program. Some people report that the information is listed on the material they receive, but it isn’t mentioned on the phone.

4) Read everything. Many people could avoid the hassles of canceling a service and the feeling of being duped if they read the fine print.

5) Always get the name of the person you’re dealing with on the phone. This can give you more leverage if you have to fight the company over charges. Also note what you were told and the attitude of the person helping you.

Many work-at-home schemes are enticing. They write great sales copy that tells you everything you want to hear. You can protect yourself from these schemes by taking the time to research. You’ll receive pressure to buy now (which should be a red flag), but avoid it. Your pocket book and your confidence will thank you for it later when you avoid losing your money and your work-at-home dreams.