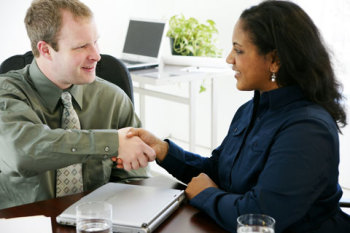 Hiring Has Hidden Hassles: Not Always As Easy As It Looks

Thanks to the Internet and the aftershocks of the Great Recession, the number of people working at home has grown by leaps and bounds in recent years.

Some are starting businesses of their own. Some are working for a traditional employer who simply allows workers to sit at their computers at home, rather than drive in to work every day. The employers may be simply cutting back on the costs of a centralized office, especially with workers who prefer not to spend money getting to and from jobs that can be done from their homes.

The numbers revealed in the last U.S. census are staggering. From 2002 to 2012, the number of Americans working at home skyrocketed by 41 percent. From 1999 to 2012, the government pointed out, an additional four million people switched to working at home, increasing the overall total to 13.4 million.

That total includes workers who may only work at home for one day out of the week. But that number – those working at least one day per week at home rose to 9.5 percent of all workers in 2010.

Meanwhile, following a recession in which eight million U.S. jobs were lost, the Small Business Administration‘s Office of Advocacy said small firms called non-employer firms (they have no employees) rose to 22.7 million in 2012.

Any way you slice it, there’s a huge number of very small companies that puts many people in the position of hiring an employer, perhaps for the first time. And, believe me, this is the day you will say to yourself that you wish you had paid more attention in business class. Hiring is not impossible: Many, many people manage to pull it off without a hitch. But it is one of those items that has to be done correctly from the start.

For example, records on tax withholding must be kept for four years. This is not something you want to realize for the first time three years after you hire someone, especially when the record keeping is actually required by federal law.

Your first stop here is the Small Business Administration. This is ground zero for following the rules when you hire someone.

How would you know, for example, that hiring someone requires and Employer Identification Number. This is also called an EIN or an Employer Tax ID, which gives you a strong hint of where to apply for one: At the IRS.

Employers are required to present each person hired with an I-9 form, which is a list, essentially, of documents that are acceptable to use for proving a worker is eligible for working in the United States.

Some of the best insurance in the world is called Workers’ Compensation Insurance, which is required of almost all employers. Someday, you might be glad a worker injured on the job had this comprehensive insurance. An injured worker might be glad you kept up with that legal mandate, as well.

Employers are also required to post information about workers rights. That isn’t generally a requirement that intrinsically occurs to every new employer.

It helps to have help. If you’re not a certified accountant, you might consider hiring one. Advice on payrolls, taxes, compliance, worker rights and other matters is available online at ADP.com. You may also benefit from visiting the SBA website and finding out what assistance the government can supply.

Perhaps the most common mistake is to assume that hiring a worker will be a ready-made panacea freeing up time for you to pursue more profitable aspects of the business – or to go play golf, for that matter. But hiring is a process and supervising someone can be a time consuming chore, as well.

Many complain that hiring someone adds to their workload, when they expected it to allow them more free time. But now, with an employer to consider, employers often have to do their regular production work and take time off for training, supervising, keeping records and other matters.