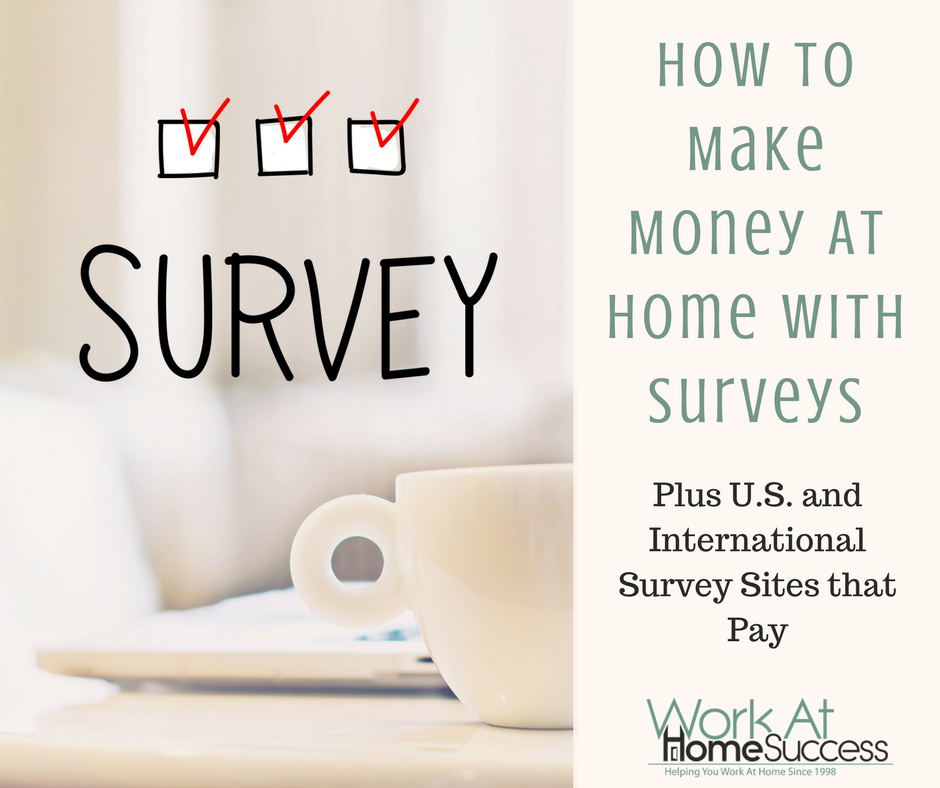 Learn the real deal about how to get paid to take surveys online…and don’t miss our list of best paid survey sites!

I’ve never been very optimistic about making money doing surveys. It’s not that you can’t make money, but I don’t believe you can make steady, regular income needed to pay the rent. However, if you’re looking to supplement your income without having to get a job, or earn mad money, surveys can be a fun way to do that.

Since I get asked about making money taking surveys a lot, I thought I’d answer the most common questions, and provide some tips on how to maximize cash and prizes from surveys. I’ve also posted a few survey companies you can check out if you’re interested in learning more on how to get paid to take surveys online.

Want to skip the info? Click here to go straight to the list of over 40 of the best paid survey sites!

Surveys are questionnaires provided by companies who are seeking feedback from a specific market, usually about their buying habits and demographics (i.e. home ownership vs renting, education level etc). Surveys are not new, but in the past they came in the mail. Today, you can make money doing surveys online or through mobile apps.

Are surveys a scam?

The short answer is, no, surveys are not a scam. But like most work-at-home options, there are scammers who’ve figured out a way to game the system. In these cases, they charge you money for something you don’t need to pay for. Legitimate survey sites do not charge money. The best survey sites are free to join.

I have found that some sites will charge money to access their database of survey sites. You have to decide for yourself whether this is worth it. In my experience a little research goes a long way in finding free survey sites. And some of these pay-for-access survey database sites sneak in free-to-try programs that can cost you money in the long run.

Can you work at home and make money doing surveys?

What do you mean by “work?” If you’re looking a for steady income to pay your bills, surveys aren’t the answer. I haven’t met anyone yet who supports their family on survey income. I’ve come across some who say they make $250 and one who said they made $1000 a month, although that is not the norm.

With that said, surveys don’t require any skill or experience, and are a fun way to bring in a little extra money. However, they can be time consuming. Most online survey sites will tell you how long the survey will take (usually 5 to 20 minutes). Further, to make any significant amount of money, you need to belong to several survey sites to have the most amount of surveys possible to take (I have a list of sites below).

Do you have to give them all that information about yourself?

Yes, but within reason. The survey sites need to fit you into a demographic (gender, marital status, age, home ownership status, interests, etc.) because companies survey specific demographic groups. The first few questions of a survey are often used to determine if you fit the group the company wants.

With that said, you always want to be careful about giving away too much information. The difficulty is that if you’re getting paid to take surveys, the law requires the company issue a 1099 if you make more than $600 with that company. A 1099 is like a W-2, the form you get at tax time. To get a 1099, you need to file a W9 with the company, that needs to include your social security number.  This is true of any paid work in the U.S. (Incidentally, you’re also supposed to claim prizes and winnings as income on your taxes).

What do I need to know about paid surveys that isn’t usually mentioned?

Most survey database sites will say you can make $5 to $75 per survey, but what they don’t tell you is that you may only qualify for one survey a week or less. Or maybe more, but you’re not going to do five $25 surveys a day seven days a week. Few actually pay per survey, but instead enter you to win money or award you points that you can redeem for cash or giftcards.  Some give you stuff instead of money. I’ve gotten a portable CD player (before there were MP3 players) and a Victoria Secret bra. I also got paid $5 once to do a week-long log of my TV watching habits. Update…I was asked to do the TV log again and this time I only got $1. Interestingly, because I don’t have cable (I stream all my TV, I didn’t actually qualify for the survey).

Paid survey sites also fail to mention that you need to qualify for each survey. As I mentioned above, when companies survey consumers, they usually want a very specific group, such as married moms with children under 10 years old who own a home, a computer, a gaming system, and watch 20 hours of t.v. a week (this is just an example). Further you don’t know until you start the survey whether or not you’ll fit the demographic the company is looking for. Usually the first few questions are used to identify if you fit the target group. If you don’t fit, you don’t do the survey. Many sites will enter your name to win money even if you don’t fit the demographic for the survey.

How can I get paid to take surveys online?

The people I’ve met who seem to make the most money (or giftcards/free stuff) from surveys spend a lot of time at it and participate through more than one survey company.  Many sites will email you about new surveys, while others you’ll want to set a time to check in with. Making more than a hundred dollars a month requires you to check for and do surveys everyday. While you may not have one you qualify for everyday, you don’t want to miss any either. A good plan is to check with your survey sites in the morning and evening each day.

List of Some of the Best Paid Survey Sites

Here are few survey sites you can try. I’ve divided them between online (using your computer) and mobile survey sites. They are free, BUT I cannot make any guarantees about their programs or your success in working with them. They are offered solely as information you can check out.

Remember to never pay money to join a survey site and be skeptical about the free-trial offers that will bill you if you fail to cancel. Some survey sites have those kind of offers as well. 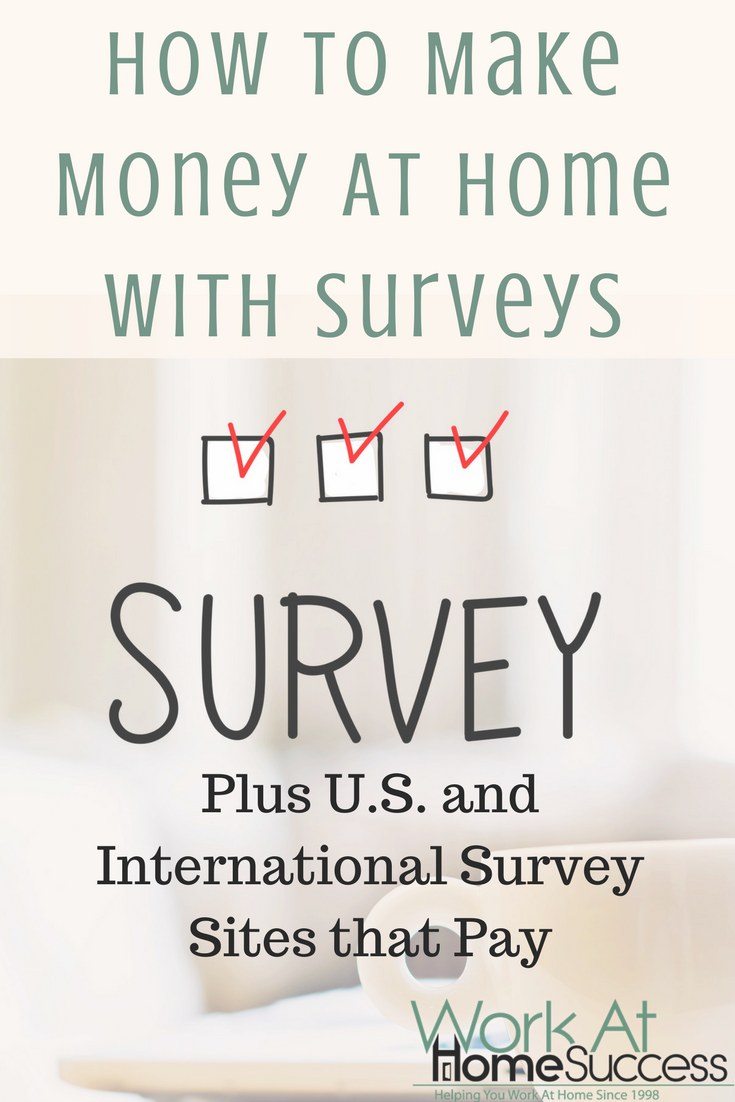 Note that some of these pay in giftcards.

Surveys On the Go

These are divided by country, and in the case of Canada, by language.

Some of the above survey sites above may pay me an affiliate commission if you register and take a surveys.

How to Market Your Online Tutoring Business to Attract More Students