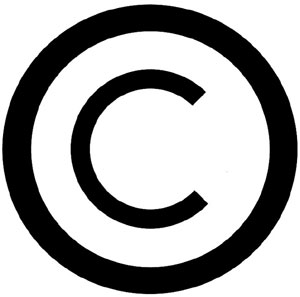 Make Money with Your Music: Protect Your Music Rights

We are in what some might call the digital heyday of the independent musician. It started early this year when Glee covered internet sensation Jonathan Coulton’s cover of Baby Got Back (and failed to credit him, sparking widespread controversy and outrage, but that’s another article for another time) and, for me, came to a head a few weeks ago when the opening shots and voiceover for Grey’s Anatomy were juxtaposed against Amanda Palmer’s Ukulele Anthem.

But this showcasing of independent (and largely unsigned) talent isn’t limited to prime time television. More and more independent artists are having their work featured in movies and video games too. Even the streaming media field is going indie. Last week, the website 24/7 WallSt reported that while Google Play and Apple Radio were failing to find audiences, the independently and privately owned Spotify had been creeping up in ranks. It even managed to outsell Sirius and Pandora—two of the streaming music field’s giants. (Source: “Apple, Google Fail to Dominate Internet Radio; Spotify Makes a Move”)

Nowhere is the rise of independence more apparent than on YouTube. That same 24/7 WallSt article went on to report rumors of Google working with YouTube to create a YouTube based streaming music and video service. If that happens, and is done correctly, the world of streaming music and music licensing would have to undergo a radical shift. Why?

Because, for the most part, YouTube is pretty relaxed when it comes to its content creators using already licensed content…or at least it used to be.

For a long time, the crawling of videos was done almost sporadically. As long as a user abided by basic copyright laws and no real complaints were filed, that user could publish someone else’s content without having to pay licensing fees or worry about getting smacked with a lawsuit. Over the last couple of days, though, a plethora of content creators have been smacked with copyright claims.

According to the Kotaku article “YouTube Channels Crippled by Copyright Claims”, the focus seems to be on video-game related channels and personalities. Some of the more prolific creators, like Brad Colburn (featured in the article) woke up to find dozens or even hundreds of copyright claims in their inboxes. The claims are dangerous because, should they be pursued, any revenue the creator earns from those videos would go to the musician whose work was featured in those few seconds and not to the creator who put together the video itself.

The key to the puzzle seems to be how the music is licensed to these companies.

Most independent musicians don’t have someone on their side to help them negotiate rights and licensing fees for the music they sell. Without a clear contract in place—one that spells out exactly who owns a piece of music and should receive payment for it when it is used (whether for its intended purpose or as part of another project), things can get murky and situations like the one plaguing YouTube happen.

If you are an independent creator, make sure you have someone in your corner who can make sure that the deals you strike for your music are sound and easy to understand (and worth it to you monetarily). Remember, thanks to the Internet, you don’t have to play for exposure anymore. You can build an audience on your own. Selling stuff and licensing it to bigger companies, though especially if you want to make it available in more than one medium (sometimes called sync licensing)—it’s easy to get taken advantage of.

If you’re hesitant to work with a traditional label or an agent, that’s understandable. You’re indie for a reason. That doesn’t mean there aren’t agencies out there to help you with your sync licensing. For example, the TuneCore sync licensing setup is designed to let you decide which music you want to make available to “the big kids”.

Most of the streaming media companies—Pandora, Spotify, Rhapsody, etc all have licensing deals that allow you to keep control over your work, who can use it and for what purpose.

Where things get tricky is when you want to put a song up for listening on an independent service but also sell it to a movie (or game or TV show). Figuring out the licensing in these situations can be tricky and that’s why having an agent in your corner is important.

What matters for most of us, though—the creators and the makers—is that we know exactly what we can use and how we can use it. The copyright claims on YouTube are hopefully just a fluke but it does make us wonder what’s next—especially if Google decides to turn YouTube into a competitive streaming service.

5 Things Your Business Needs To Update Before 2014

Top online tutoring platforms where you can start making money-TODAY