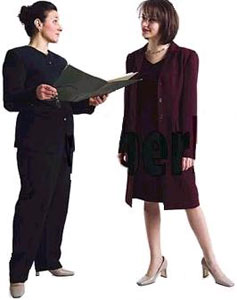 Many, many years ago I attended an exercise class with eccentric, fitness guru, Richard Simmons. He bellowed, “It took you more than 10 m&ms to get those thighs; it’s going to take you more than 10 leg lifts to get rid of them!” Interestingly that statement has never left me because it is so relevant to many areas in life. It can even pertain to a direct sales business.

To review: a direct sales business is comprised of a two-tiered compensation model. Part of the sales consultant’s income is derived from personal retail sales and the other portion of the pay comes from team building by helping others. The compensation is such that for optimum benefits and highest income potential, you need to do both – sell personally and help others. One cannot stand on its own – at least not for very long and not for very far.

Which brings me to my subject: Short Term Pain for Long Term Gain. Let’s do the math. We can use Scentsy as an example, though the math will be similar with many direct selling companies. Personal retail sales commissions are paid at a rate of 20-30%. Team building bonuses are an additional 2-9%. At first glance you would think that the real money is in personal sales. If you sell $2000 and earn 30%, that’s $600 in your pocket, right? Yes it certainly is. What if you sold $4000? That’s $1200. Receiving a $1200 check for the month sure would help with family expenses, wouldn’t it?

Consider the concept of working smarter, not harder. How much do you think you’d need to work to sell $4000 in one month? If you take an average party of $500 in sales, you’d need to do eight parties for that month. If you figure an average party takes four hours – that includes preparation, host coaching, set up, presentation, order taking, closing out the party, inventorying, bagging and tagging orders and delivery. So you’d need to work 32 hours to earn that $1200. That’s still $37.50 per hour – nothing to sneeze at.

But what if instead of working 32 hours at parties for your own personal retail sales, you worked just one party – just four hours for one $500 party, but then you took the rest of your time helping your team members. Your activities would consist of training, coaching, encouraging, mentoring, recruiting, marketing, and all others activities involved in building a team. What if you had 40 team members who averaged only $500 personal retail per month and you earned 9% off each of their sales. (BTW, many average more than $500 per month). Nine percent on forty people who are doing their own parties is going to net you much more than you just doing 8 parties by yourself.

Can you see where the duplication and exponential growth factors come in? As one person you can only do so much. There is only so much time in the month and only so much one person can do. But that whole T.E.A.M. thing (Together Everyone Achieves More) is more than just a cutsey saying. It’s hard data that you will make much more money and build a much larger organization if you train and allow others on your team to build their own teams. Don’t hold onto your own sales, customers, parties, events so tightly that you’re not helping others on your team.

So where does the short term pain part come in? There is a period of time when you have to make the decision to give up time you normally would be investing in doing your own parties and instead devote that time to helping your team members. During the transition time you *may* notice a smaller paycheck because you’re no longer doing eight parties a month. This is the part of short term pain for long term gain.

I personally hate exercising. Loathe it, actually. I crab with each crunch, curl, pushup and plank. Hate it. But by taking the 40 minutes each day to lift stupid weights, I will have long term benefits such as a healthier, leaner body that will hopefully take me far in this life. It’s no different with direct sales – sometimes you do what you have to do, so you can do what you want to do. You have to be able to see the big picture and live beyond the here and now. If you only go as far as you can see today, that’s a very short distance.

Take a leap of faith; make a commitment; decide failure is not an option and truly understand that in direct sales you will only be able to go so far on your own sales efforts. It’s a two part plan – sales and team building. You can do it. I have faith in you. Now go prosper.

See you at the top!

About the Author: Laurie Ayers is a Michigan work from home mom who started her first direct sales business in 1988. She is currently a Superstar Director with Scentsy Fragrance and President of Income Wax, Inc. She enjoys helping men and women start and maintain a home based business throughout the US, Canada, Puerto Rico, Germany, Ireland and the UK. You can learn more about her at http://www.ThrivingCandleBusiness.com