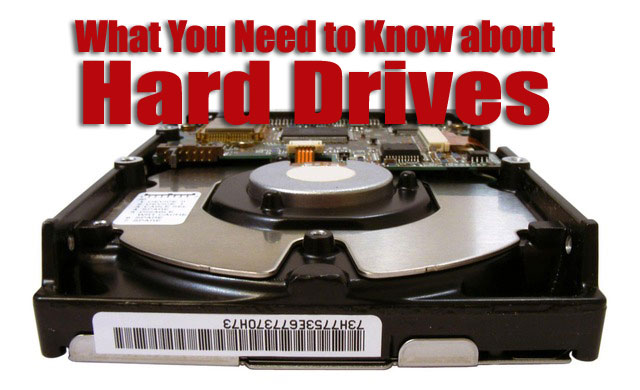 Don’t go! This article is not for geeks. It’s for you.

There are a few things that as a normal computer user, you need to know about your hard drive. One of the most important things you should begin to process immediately is that your hard drive is going to die. It is in the process of dying right now.

To be fair, it was in the process of dying the moment you brought it home and powered it on. But if you don’t have a plan for its eventual death, you’re going to be among one of the desperate trying to figure out what went wrong, and devastated over the loss of everything you held dear that was on the computer.

Sorry to be so alarmist about the whole thing, but this is crucial information you need to know about your hard drive. Don’t purchase another computer before reading the following:

Your SSD Can Still Fail

Apple is currently one of the few manufacturers that are pushing SSD (solid-state drives) configurations in their consumer-facing lineups. Their newest consumer laptops only come with solid state drives. Even the least expensive laptops they offer come equipped with SSD standard. In most ways that matter, these drives are a step up from the spinning HDDs found in most computers today.

One of the ways SSDs are better is that they tend to be more reliable. Because there are no moving parts, there are far fewer mechanical problems that can occur. While this may be true, mechanical problems are not the only threat to SSD hard drives. One prominent SSD recovery service provider put it this way:

Many computer users assume that solid-state drives cannot crash or suffer other issues commonly associated with traditional hard drives. While solid-state drives have no moving components, they have a number of sensitive electronic components that can sustain damage and fail for a variety of reasons.

Electronics are vulnerable to power surges, and logic systems are still vulnerable to viruses and other types of corruption. Your only real defense against hard drive failure is maintaining a good backup of what is most important to you. Barring that, keep a data recovery service on speed dial. Your drive is going to fail. Be prepared.

Your Drive Is Insecure

There are any number of reasons you should never let your kids use your work computer. The main one being that your drive is vulnerable enough as it is. Kids plus computers equal a security nightmare. Much of what they want to do on your computer is bad for it. Once on a website, your kids will want to check their horoscope (check your bank statement), load up a bunch of flash games, and inadvertently enable every piece of adware, spyware, and malware ever created. They are made to look like fun for kids, but in truth, they invade your system with code even virus scanners can’t detect.

There are a number of ways to secure your hard drive. It largely depends on how much security you want, the type of drive it is, and the OS you happen to be running. One thing you can be certain of is that at this very moment, someone is trying to steal your data. Fight back with better security.

You Can Choose the Drive That’s Right for You

You do not have to let the manufacturer choose your drive for you. It’s your computer. Know your options.

When configuring a system, you might pay an extra $200 to substitute a 256GB SSD for the 1TB HDD it normally comes with. You have to decide what is more important to you. Is it the money, the speed, the capacity, or the reliability? There is no wrong answer. It is entirely up to you. Just remember that you have a choice. And whatever you choose, add security and a backup plan.

Work-At-Home Expert Tips: Write Better! These experts share tips on how to improve your writing and communication

How to Automate Your DevOps Process

6 Things You Need to Start a Home Business

The Holiday Gift Guide for People who Work At Home 2017